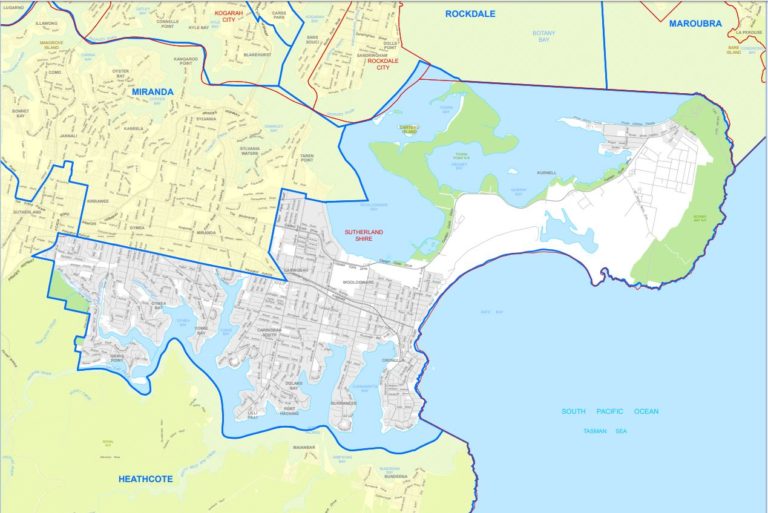 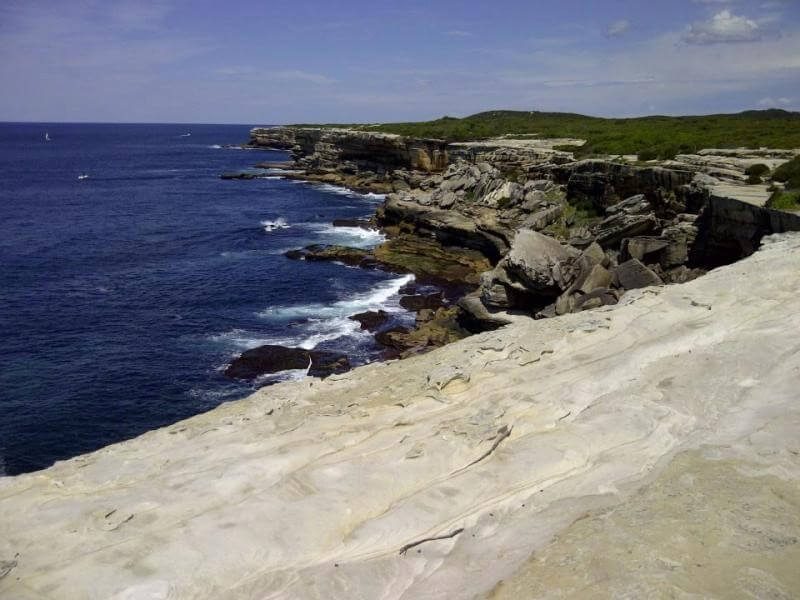 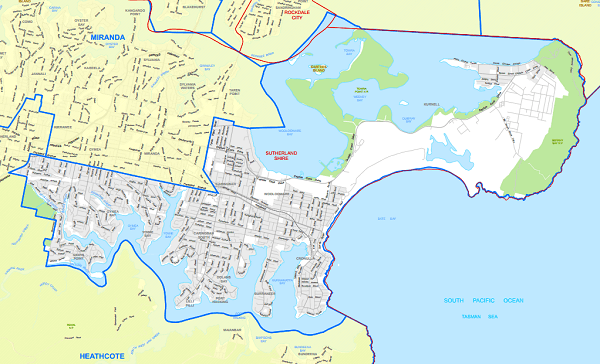 The state electorate of Cronulla is the birthplace of modern Australia, containing the Kurnell site where Captain James Cook first set foot on Australian soil in 1770 and where the first recorded contact on the east coast between Europeans and Indigenous custodians occurred.

Cronulla is a modern and diverse community where residents enjoy a great lifestyle and excellent schools, community facilities and shops, all within close proximity to Sydney’s best beaches.

The electorate is surrounded by water on three sides, with Sydney’s most beautiful beaches to the east, waterways to the north and south, and the world’s second oldest national park across Port Hacking. The electorate is on lands inhabited by the Dharawal Aboriginal people, one of the world’s ancient continuing cultures, who were custodians for over 40,000 years prior to European settlement.

“Cronulla” comes from the Aboriginal word “Kurranulla” meaning the place of the pink sea shell. With some of the most spectacular natural beauty, the Cronulla electorate is rich with indigenous and European heritage.

The Illawarra railway line to Sutherland was opened in 1885 and the Cronulla-Sutherland railway was opened on 16 December 1939. With improved transportation links, Cronulla started to transform from a small coastal, mainly rural community to a suburban part of Sydney.

The 1950s and 1960s saw immense growth in population with the Sutherland Shire District Hospital (now Sutherland Hospital) opening in 1958 to serve the growing needs of the community.

The beautiful beaches of Cronulla, including Cronulla, North Cronulla, Elouera and Wanda, stretch along the magnificent Bate Bay and attract many people to the electorate. Many dedicated surf club volunteers patrol these beaches to make them safe for residents and visitors alike.

Growth over the last six decades has placed pressure on services and infrastructure. It is my aim as your local member to fight for a fair share of funding for services such as roads, trains, roads, police and hospitals, so we can continue to enjoy a great quality of life. 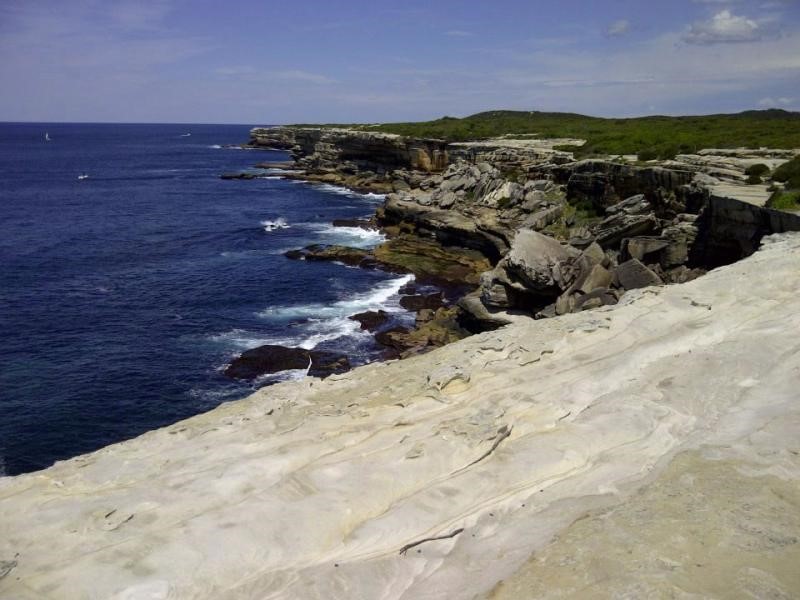 🐟 This week’s short op ed in The Leader:

The NSW Liberal Government has one of Australia’s most ambitious emissions reduction and renewable energy plans.

From next week, NSW also starts the next stage of one of Australia’s most ambitious single use plastic waste programs.

I’ve been passionate about plastic waste throughout my political career, especially after spending a day walking around Towra Point in 2012 observing the shocking accumulation of rubbish. Single-use plastic items and packaging make up 60 per cent of all litter in NSW.

Left unchecked, by 2050 there'll be more plastic by weight in the ocean than fish.

So in 2016 when I was Environment Minister, we legislated a modern container deposit scheme. Since then over 7.4 billion drink containers have been recovered and recycled through Return and Earn, dramatically reducing their number in local litter streams.

These phase outs will stop almost 2.7 billion items of plastic litter from entering our natural environment and waterways over 20 years.

We’re helping small businesses get ready for the changes this year by engaging the National Retail Association to deliver a comprehensive education campaign to more than 40,000 businesses across NSW. The Association is running a retailer education campaign, conducting store visits, and providing online webinars and resources to help businesses make the transition away from problematic single-use plastics. There’s a free hotline (1800 844 946) to offer businesses, community organisations and consumers advice on the single-use plastic bans.

This is a commonsense plan to help preserve our precious environment for future generations.

Thanks Mark, I had no problems as a child living without plastic, I believe our wonderful community can embrace this concept again.

Click on the link below for video extracts from the launch.

Can we get your support to review old matters of no consent that police never wanted to know about, being our survivor testimonials naming men who were / likely still are serial rapists. Will your new Government form a directory of named rapists AND allow survivors to name names. These vile immoral men (& the disgusting women that aide & abet them) are STILL in the community living with dark secrets & an inappropriate clean record, & yet there are the worst of offenders ... Why should such predators who enjoy "privileges" "protection" & "immunity from prosecution" for decades remain free? I witness that it's mostly because they (or their parents) were members of the LNP. Will you allow survivors to speak a out 'historicsl' or attacks ignored by police ? Or will you ask other people to speak out about attacks at work in an beyond Parliament House, or at other Federal sites, or by Federal or Public Safety, or about Defence staff who did crimes to women not only AT WORK, but in the community when they were off duty, or whilst they were on Secondment beyond their core appointment (eg. at the Australian Institute of Police Management). Will you look into how bad men labelled survivors as "person non Grata"?! I have been speaking up since 1983. Why does nobody want to listen to me. These people who I have been up against ARE the same set that tried silence Brittany Higgins. I used to work with the Australian Federal Police at the Australian Institute of Police Management. What happened to me was frightening, but it was "Administratively silenced" & robbed of all my belongings, with police relying on slander fabricated by the sleazy guilty. I was professionally silenced so much so that they even pressed upon me the removal of my NAME & concocted a false life history. A total human rights abuses scenario & involving a "fix" manager by politicans "to protect the boys who were having fun with your body but what a shame that you didn't like it or simply shut up" (said a Federal LNP MP 2005). I look forward to hearing from you with confirmation that you will accept my account into the new Federal ICAC into the activities of the Murdoch social set and the LNP, as they were personally involved in silencing what happened to me. As a child and teen and young and older woman I NEVER gave my consent. It was the same attack group in excessive decades :-( whilst they grew on power in the 'leadership' of Australia. So I am very happy that the LNP got voted out.

Very well done Mark Speakman , always proud to say the NSW AG is writing laws for the future of NSW

🦈 The NSW Government rolled out a new listening station offshore at Cronulla this week to detect the presence of tagged animals, including white, tiger and bull sharks swimming within a 500 metre radius.

🦈 When a tagged shark comes close, everyone using the SharkSmart app or the Twitter page will know about it instantly, including Surf Life Saving NSW and Council lifeguards.

The seasonally adjusted underemployment rate in NSW was 5.5%. This is the lowest since 2002 and the lowest of any State. See www.abs.gov.au/statistics/labour/employment-and-unemployment/labour-force-australia/latest-release. The figures are updated each month. The definition used by the ABS is very broad: “Underemployed workers are employed people who would prefer, and are available for, more hours of work than they currently have. They comprise: - part-time workers who would prefer to work more hours and were available to start work with more hours, either in the reference week or in the four weeks subsequent to the survey; and - full-time workers who worked part-time hours in the reference week for economic reasons (such as being stood down or insufficient work being available). It is assumed that these people would prefer to work full-time in the reference week and would have been available to do so.”

What's the under employment rate Mark? That is the more important stat. Also how many hours a week is the minimum used to determine someone is employed? These figures are never presented to the voting public so they can gauge an accurate account of the situation. Why is that?

Thankyou Mark. I will remember that when the next state election comes along.

No answer then to a legitimate question. Thanks for making up my mind.

Would be nice if Gymea Bay Public got air conditioning in their buildings.

⚽️ Congratulations Greg Storey, president of Lilli Pilli Football Club for the past 17 years, on a NSW Government Community Service Award for his outstanding service.
⚽️ In this time Lilli Pilli has grown to over 1850 players and 158 teams - the largest club in the Sutherland Shire Football Association and the largest amateur club in NSW.
⚽️ On a Saturday and Sunday, Greg is easily located at one of Lilli Pilli’s home fields snapping photos, chatting with spectators or helping other volunteers.NSW GOVERNMENT COMMUNITY SERVICE AWARD
A number of Lilli Pilli players, family, committee and past life-members were on hand at Lilli Pilli Oval on Sunday to observe our President Greg Storey receive a much deserved and prestigious NSW Government Community Service award. The award was presented in person by our local NSW MP and NSW Attorney General, the Honourable Mark Speakman.

Greg is a Life Member of our great club and has been a member of the Management Committee for over 20 years with the past 17 years spent as our tireless Club President. Throughout his tenure, Greg has fully immersed himself in all facets of the club's day-to-day operation for the benefit of all its members. With other volunteers, he has overseen the expansion of LPFC to its current membership base of over 1850 players and has ensured that LPFC remains a club for which players are proud to belong.

Greg is held in very high esteem within the wider SSFA and FNSW community for his dedication to the advancement of grassroots football and promotion of active participation in sport.

Greg has also previously been recognised for his service to the community with a number of awards including: the Cook Community Award; SSFA Merit Award; and a Football NSW Service award. We are extremely pleased and proud that Greg’s long-term devotion and passion to the club, community and football in general has been recognised.

Congratulations Greg. We recognise and appreciate your outstanding service to the local community and hope that we can continue to benefit from your vast experience and endless enthusiasm for many more years to come.