MARGARET CORBETT OAM IS 2020 CRONULLA WOMAN OF THE YEAR 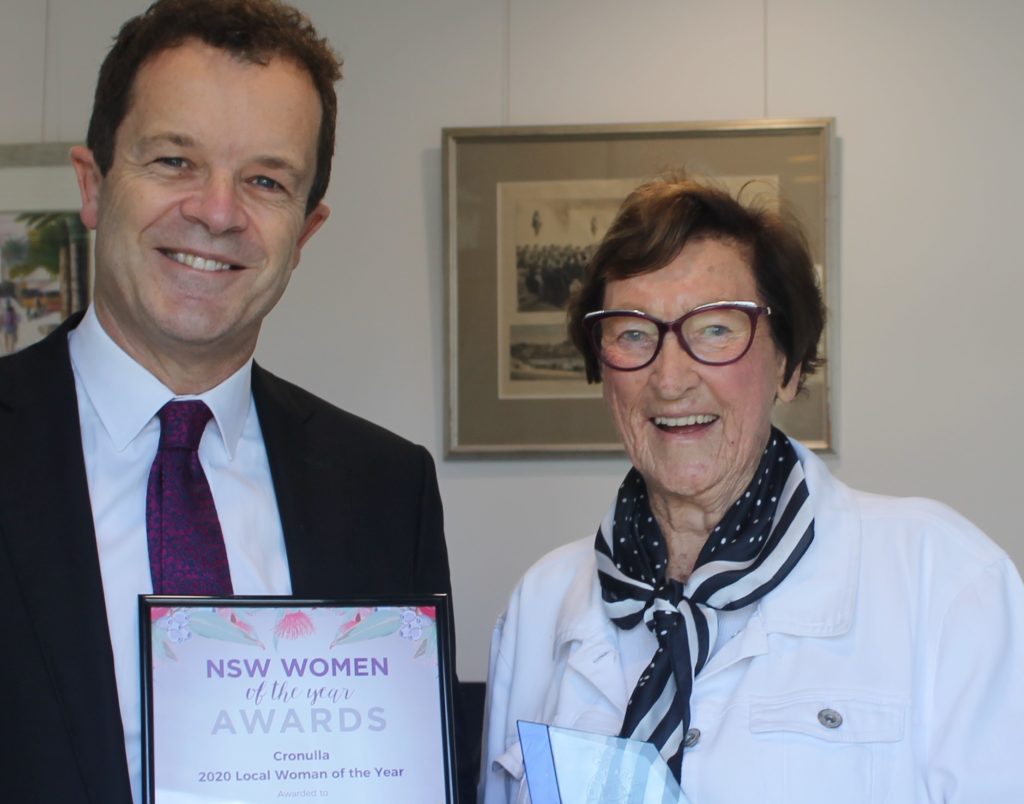 Margaret Corbett OAM has been named the 2020 Cronulla Woman of the Year in the lead up to International Women’s Day on 8 March.

In 2013 Mrs Corbett was awarded an Order of Australia Medal in the Queen’s Birthday honours list for services to netball.

In 2019 Mrs Corbett has become the second person ever to be elevated to legend status by Netball NSW, with the organisation honouring the pioneering coach at their annual state dinner.

The NSW Women of the Year Awards program recognises remarkable women across the state who have achieved inspiring things in their careers, in business or in their communities.

Previous Cronulla Women of the Year are:

‘Do not wait’ for Pfizer: New data shows just 1 per cent of Delta cases fully vaccinated

New data reveals the huge impact of the AstraZeneca and Pfizer vaccines, with just 1 per cent of COVID cases i...

🦠 @GladysB has confirmed a 4-week #lockdownextension to #StopTheSpread of #COVID19.
🦠 As @NSWCHO Dr Chant said, this is tough + people are fatigued. But we have to stay the course, stay strong + comply with @NSWHealth orders to keep each other safe.

Many everyday #COVID19 #frontline heroes are working hard to keep us safe.
A special #shoutout today to our @NSWJustice sheriffs who are helping @nswpolice ensure compliance with @NSWHealth orders. Great example of agencies lending a 🤝in times of crisis. Thx to all involved!

🏡 No one deserves to live in fear of violence + abuse.
🏡 The NSW government will invest another $10M for 990 private rental assistance packages, focusing on #DomesticViolence victim-survivors + young people. 1/2

🦠No wait at #Caringbah #COVID19 walk-in testing clinic this morning.
🦠 #GetTested with the mildest of symptoms.